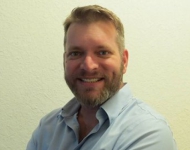 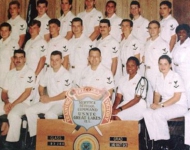 I don't have many words, because I'm just ... beyond shocked and growing weary in my heart and soul of making these posts. I am sad to inform you that Kinvaras has passed away this weekend (pancreatic cancer); and while most of our newer members won't remember him, as its been a very long time since he has played with us; some of us older fart video gamers will remember his time with us in TR.

Chris was a sailor; he was so proud of his service and his time in his Navy. To us, he was an outspoken, fiercely loyal friend who was never afraid to speak up or let his feelings be known. One thing was for sure, you did not want to cross him on the forums, for he'd smack ya back down into place right quick! He was passionate, and i've enjoyed staying in touch over the years via facebook even though its been a few years since he really played with us in earnest.

We'll remember and carry the torch now; rest easy my friend. Despite his Everquest bravado and straightforward take no prisoners manner; Chris was a big believer in kindness and taking care of each other, and doing our part to make the world a better place. The world's a bit better for him having been here, and a little duller without him.